Radionics is a healing technique in which our natural intuitive faculties are used both to discover the energetic disturbances underlying illness and to encourage the return of a normal energetic field that supports health. It is independent of the distance between practitioner and patient.

A trained and competent practitioner can discover factors contributing to disease within any living system, be it a human being, an animal, a plant or the soil itself. Appropriate therapeutic energies can then be made available to help restore optimum health.

The origins of Radionics are attributed to a distinguished American physician, Doctor Albert Abrams (1863 – 1924) of San Francisco, and it has since been developed by numerous other research workers and exponents including Ruth Drown, George de la Warr, T. Galen Hieronymus, Malcolm Rae and David Tansley. But Radionics should not be thought of as a recent invention – it harnesses ancient human skills that have been neglected.

The nature of the energetic processes entrained in Radionics are not yet fully understood, but there is now ample evidence that we are all linked in some way at a higher level of mind, and it is believed that this is the level engaged during radionic practice.

Radionic healing is not so much directed at the physical reality of the body, but rather at the invisible energy matrices which are believed to lie behind it.

For the purpose of assessment and treatment, Radionics sees organs, diseases and remedies as having their own particular frequency or vibration. These factors are expressed in numerical values which are known as “rates” and radionic instruments are provided with calibrated dials on which such “rates” are set for analysis and treatment purposes. These figures have a significance more symbolic than mathematical.

Basis to radionic practice is a disciplined dowsing or radiesthetic skill. In trained hands Radionics can be used to help to restore the health of people, animals, plants and the soil wherever in the world that need exists, and with no depletion of material resources. 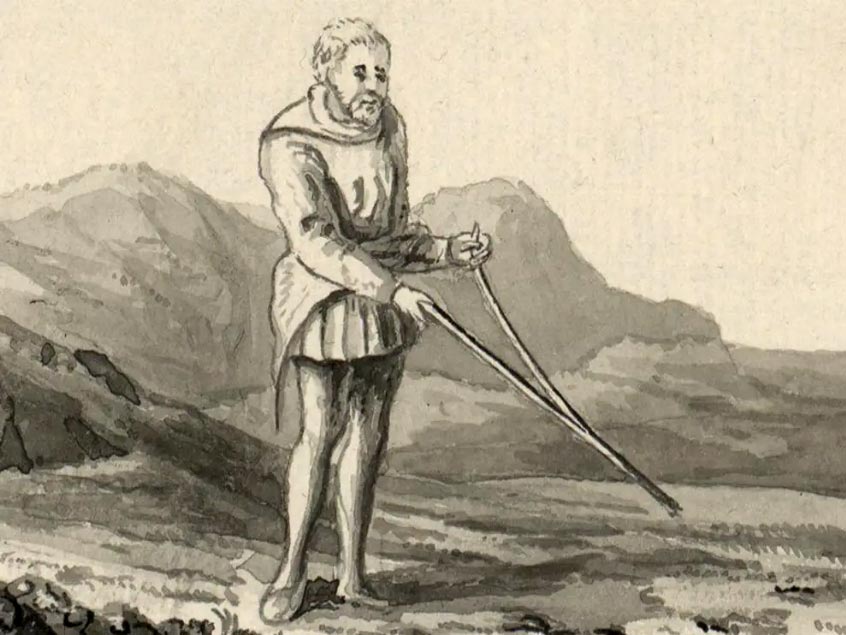 A depiction of a divining rod in use in Britain during the late 18th century, from a volume by Thomas Pennant.